In my last posting of the Summer, I mentioned this cool new non-aqueous (no solvent) cleansing unit.  I'm gonna flap about that today, but first a little flashback.

Worst Boss Ever
We've all had some pretty bad bosses.  After a rough meeting last week, some of my peers were concerned about how my current boss was doing things.  Well, I tried to assure them that I've seen far worse and my skin was thick enough to take it.  It was recalling a boss I had when I was 19 and doing lawn maintenance for a living that helped them understand.  This boss, let's call him "Carl" was the biggest a-hole the small city of Albany NY could contain.  Carl didn't pay payroll taxes, or offer any benefits other than an envelope of cash at the end of the week.  He drove us around in his red dump-truck, hauling a trailer of equipment, and we would mow lawns or perform clean-ups where ever he stopped and pointed.  Grass clippings and other debris would go into the truck bed.  When the bed got full, he would dump it illegally in one of a small collection of spots he knew about (empty, no trespassing areas usually).  Now, put all that aside.

Carl was about 5'4" tall, thin as a rail, mostly bald and more ready to throw a punch than a drunken sailor on leave.  He knew our names, but chose to call us other things instead, mostly "lapper"' though none of us knew what that meant.  He yelled often.  He insulted more.  But beware the lapper who didn't do what he wanted the way he wanted in the time he wanted.  Some of my co-workers found themselves abandoned at a job site, having to find their own way home.  The worst, though, was when he got in your face and started really yelling at you.  He'd get all wound up, and then pull out his upper rack of false teeth.  Spittle flying out of his mouth, he would poke you in the chest with his false teeth.  One time, I remember him doing that because I had set the mower one 1/2 setting too high on a particular lawn.  Wow.  Worst boss ever.  I ultimately lost that job because I went on tour with the Dead for a week and he refused to pick me up again.  He did me quite a favor.

Renegade
MS, my real estate agent, has many jobs. One of them is as a dealer in this Renegade machine. The Renegade is a non-solvent cleanser. It has an integrated filter unit, and it re-circulates this biodegradable cleansing material so it is self-contained. The filter needs to be replaced occasionally, and the cleanser needs to be replaced every so often too. The waste cleaner is safe to go down a standard drain. Pretty neat. The power of this thing is pretty amazing. With the integrated scrubbers, heating unit and light, and the large wheels, it's mobile and can wash all kinds of different shapes and sizes. I had an oil leak and I was able to get many parts completely clean using the Renegade. I just wish it had a drain attachment so I could slide it under the bus and wash the engine. I cleaned all fasteners that I touched, my bumper mounts, even my bumper. Very cool.

That's it for today. I'll update the post tomorrow with some pictures of the Renegade. It really is an amazing bio-friendly cleaner.
Posted by PdxPaulie at 4:42 PM No comments:

Transition to the New Transmission

This should be brief today, but every time I say that it's long anyway. Hahaha... It's been a productive and fun few weeks, but I'll focus on bus stuff today, particularly on the test drives and changes I made.  Next time, I'll post on the current run of Furthur shows I hit this past weekend.  I think I left off with the transaxle in, but before any driving.  Let's start there...

I figured when everything aligned on install that the shifting would be relatively close.  It was... Until it wasn't.  The initial drive away from MS's house was triumphant, but starting in second.  I couldn't find first.  Down the hill we went (Boo following in a chase car), and had to pull left onto a busy road at the bottom from a dead stop.  After fiddling a bit, I found 1st, moved through 2nd and 3rd to a cruising speed of 35mph at an engine speed in the mid 2000's.  Perfect.  The whole drive home followed a similar pattern of 1st gear going missing.  We hit a short stretch of freeway and I got up to 60mph on the entry ramp but near 3k on the tach, though.  I had some coolant leaking challenges that left the bus stationary while I thought on how to fix. 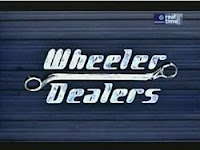 When I chose to watch something on tv that isn't sports or a movie, it's usually either Family Guy or this British show called Wheeler Dealers (on Velocity).  If you aren't familiar with the show, one host works the buy and sell end of the used car market while his partner fixes them up in between (Wiki Link).  It was while watching this show that I realized my mistakes with the cooling system.  They showed how they bled the air from the cooling system by getting the engine up to temperature, opening up the heater and then removing the cap from the overflow bottle.  The key is leaving the engine running during this process, and letting the air bubble up through the overflow bottle.  Keep adding coolant/water until it stops bubbling, and it stays at the full line.  After I did this, I stopped having coolant leak issues and odd pressurization happening.

Shift the Shifter
While I was solving the leak issue, I continued to test drive the bus, but the gear seeking got worse.  I decided that the limited-throw Skat shifter wasn't helping and it could actually have been harming the break-in of the transaxle. Fortunately, I'd only driven less than 20 miles, but I bought a replacement original gear shifter unit from Always VeeDub in Portland.  By following the instructions in the Bentley (hold the shifter between the seats near the floor and set the ball & pin first, then tilt the shifter upright while holding the base firm), the shifter set in within 15 minutes.  I was able to adjust the shift action somewhat, though I will need to do more.  Currently, I can find all gears consistently, though it does pop out of 2nd when I rev up and then pull my foot off the pedal.  When I get some time, I'll mess around with that some more.

Now, I have an old transaxle sitting in my living room, with a Scat short-throw shifter a-top it.  I'll probably sell the shifter, but I need to get rid of the transaxle.  It's a runnable gearbox, and a suitable rebuild candidate / core, so I should be able to find someone who can use it.  I have driven the bus to work every day this week, as well as to the Further shows in Troutdale all last weekend.  Lots of time grinning behind the wheel for sure.  That's it for today.  More next time.
Posted by PdxPaulie at 5:40 PM No comments: