I've been working with the aluminum tubes and the HTS-2000 product, but I've had limited time (as usual). I don't have any pictures of my handiwork yet, but its taking a bit of time to learn and get the tinning / temperatures right. Once I have something good, I'll post a picture. In the meantime, I took a ride with my friend Ed (his blog is here) down to the East Bay in his '73 to see the Dead. Check out his blog for the details on that trip. His bus is running my old carb, and running very well. Good job, Ed. Along the way I took a bunch of pictures, and I'll post them up here. The first set of pictures is below. They were all taken out of the moving bus on our way to our friend's place in Livermore. I'll add some shots from the lot and from the return drive in later posts. These pictures remind me that this is called "View From a Bus" - that's exactly what these pictures are. 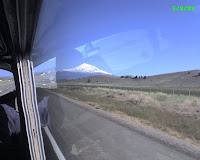 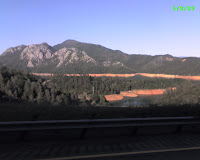 Crossing bridge after getting off I-5, on one of the 4 other freeways before we touched down in Livermore.... 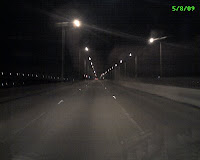 More on the fabrication work after we get back from the Gorge: The Dead again, but this time with the Allman Bro's opening, and we're camping. It should be fun.
Posted by PdxPaulie at 5:22 PM