Well... I meant to post something closer to Christmas, but time seems fleeting this time of year. Nearly another month has passed and the TDI -> bus effort has really stalled. I added a few squirts of oil into each of the cylinders again, and I pushed the bus a few feet from under the basketball hoop, but otherwise, nothing big has happened. I have, however, moved closer to just doing the welding myself. I have email threaded with the cat that I mentioned in an earlier post that did his own work, and I think I'm ready to take the plunge. 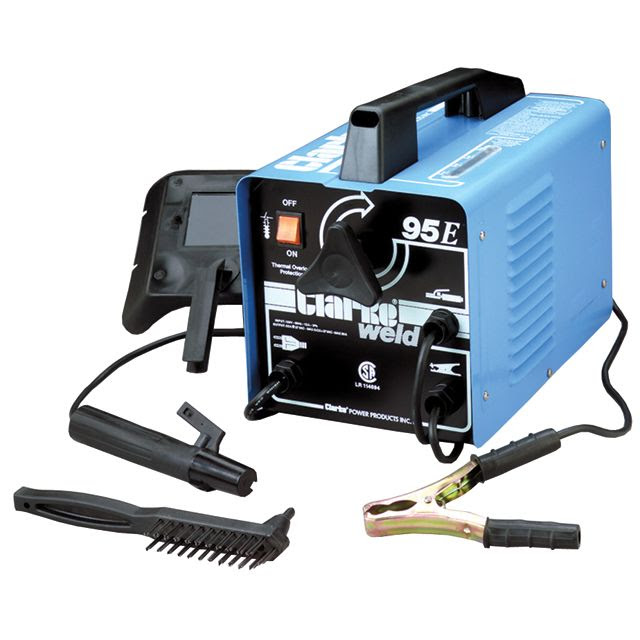 This comes with a face shield, a wire brush and a cheepy hammer. The reviews on the Sears website are positive. You can't weld without a grinder and leathers, so off to Harbor Freight we go. Angle grinder $15, leather apron, gloves, etc for $20. Those numbers don't seem right, but that's what the website says. Add a small propane torch, a table vice and a small sledgehammer. Figure the total cost, with some raw steel is around $225. Add to that the isolators (I'm thinking Ford Ranger ones as they are the right size, and handle that much torque and weight) for another $60. I was going to pay someone $300-$400 to do it, so this looks like a money savings, plus I get tools at the other end.... and a new skill.

Pro / Con:
On the plus side, I'll learn something new. I should be able to fix this mounting system if something goes awry. I'll be able to use this skill for other projects, like bodywork, or someone else's stuff. Besides, there's this whole bonding steel together thing that's kinda cool.
On the con side, I don't know what I'm doing, and we're talking about the thing that holds the engine off the ground and in the bus. If I don't do it right, and the engine isn't balanced correctly or positioned right, I could really damage the engine-to-transaxle connection or someting. Heck, the whole thing could shake loose and fall out. Well.. it could.

Basically, I'm running out of time for this portion of the project. I had initially planned to have the engine mounts constructed and the engine in-place by the end of February. This, I thought, gave me time to do the electrical, radiator, airbox, etc. by the end of June. I have sent out my last set of feelers. If I don't get a good connection from these by next weekend, I'll be buying some new tools.

I'll post my Christmas presents and the resolution to this next week--
Posted by PdxPaulie at 3:02 PM No comments:

Not much headway, unfortunately, since the last post. I found a guy that is in the process of putting a Quantum diesel engine into his '73 bus, though. I had forgotten about his efforts completely, even though it was corresponding with him that gave me that extra push to do this. swiss-cheese brain. Anyway, he solved his mounting problem pretty simply: reuse the existing bar from the old air-cooled engine. Here's a picture of what he built.

That's what I wanted to do. He even welded his own, and has been encouraging me to do the same. Considering the last thing I welded was in 5th grade as a part of an industrial arts project, I'm not sure that's such a hot idea. What I did get out of this, though, was a general design that I can take to someone else. The key, again, is finding a non-flakey fabricator. I did order and receive a used engine bar so we can do the work without having to drop the existing engine and reuse that bar. The more I look at the pictures of the work my friend did, the less difficult this should really be. I just need someone with a welder, some skills with it, some steel stock and a few hours.
Hopefully, my next post will have some good news.
Posted by PdxPaulie at 11:27 AM No comments: